Our society is constantly changing, and with the emergence of Influencers marketing social media and constant internet browsing, cyberbullying has become a significant problem for people of all ages.

Cyberbullying in teenagers is especially prevalent and concerning.

Studies have found that children who experience cyberbullying show more symptoms of depression and anxiety are at a heightened risk for suicide. Victims are often victimized repeatedly, are less likely to report incidents to adults, and are vulnerable to the harmful effects even when they are not directly involved in the bullying.

Cyberbullying isn’t always easy to define, but it usually includes repeated, deliberate attempts to damage or demean someone using electronic communication. It also includes actions taken by one or more people to purposefully embarrass, harass, intimidate, threaten, or target another person.

Cyberbullying differs from simply being mean because it involves using technology, like social media, phones, and instant messaging. It can be challenging to find the source of much cyberbullying, making it hard for victims to seek justice. Studies show that most teens aged 13 to 17 have experienced some kind of online bullying or harassment. It’s not entirely understood why teenagers start cyberbullying; in some cases, it might be an attempt to just go viral, while in others, it may be rooted in deeper issues. What we do know is that cyberbullying has harmful effects on the victims.

Cyberbullying can come in many different forms, but it often starts with severe and consistent teasing.

Making fun of someone’s clothes in a text message would be cyberbullying. Sending them an online message telling them you’ll physically harm them or expose them would also be cyberbullying.

Repeatedly texting them, demanding attention, or trying to make them feel bad about themselves to entertain your friends would count as cyberbullying as well.

According to stopcyberbulling.gov, parents and teachers are usually the first line of defense against cyberbullying since they know teens best.

It doesn’t hurt to have multiple people with the best interests of teenagers and the dangers of cyberbullying in mind. Cyberbullying in teens is often more harmful than traditional bullying because an online activity has fewer personal limits and boundaries.

It’s important to remember that cyberbullying doesn’t always happen on social media platforms like Facebook or Twitter but can happen anywhere there is an internet connection, including email, gaming websites, and even virtual worlds.

The most common way victims are targeted is by spreading false rumors or lies about them that humiliate or embarrass the target. “Cancel culture” is also a form of cyberbullying that can lead to severe problems.

Cancel culture involves people going out of their way to ruin someone’s social life by falsely accusing them of any number of violations to get them kicked off a team or cast out from a group.

Cyberbullying has profound effects and can cause victims to experience worry and concern about lies posted online. They worry about how these lies might affect future opportunities, which can lead to increased anxiety and depression. Victims may also feel a loss of self-esteem and self-confidence, leading to physical health problems, such as eating disorders, sleep difficulties, or nightmares.

Victims of cyberbullying might also see significant changes in daily habits, including staying home from school because they feel unsafe after being harassed online. We must recognize the signs of cyberbullying and take them very seriously.

Victims should never feel as though they can’t speak up about what’s happening to them. As a society and community, we must do everything to prevent cyberbullying, especially for younger people.

Why We Need to be Concerned About Cyberbullies

We live in an internet-dominated society, so it is no surprise that social media plays a massive role in defining our identity and personality. Although social media can have some upsides, the most impactful adverse effects are the fabricated “perfect” lives and bodies that we see across the internet.

These images of what appear to be flawless individuals can lead younger people to believe that everyone should look and behave like celebrities. When that is not the case, it makes it easy for someone to be bullied for looking “different,” for not having the “ideal” weight or body shape, or for not having the trendiest clothes.

Some teenagers might fail to realize that everything they see on the internet is not reality.

Another problem with cyberbullying is that there are essentially no limitations. Harassment and harsh words can go on and on, and many people can join in on the bullying.

Cyberbullies can also hide their identities, so the bullying never gets resolved as there’s no way to track who is doing the teasing.

Some social media influencers recognize how serious cyberbullying is in teenagers because they’ve experienced it themselves.

It’s great to see influencers marketing to prevent the spread of cyberbullying. If a few influencer anti-cyberbullying campaigns would just go viral, we might see an end to the problem start to spread.

Israeli public figure and fashion influencer Anne Zivi took a stand against cyberbullying for teens and children. The Ministry of Public Security in Israel has even brought the problem to light in recent months.

Zivi is confronting online harassment by making her community a safer and more respectful place for everyone.

Rebecca Black, famous for her 2011 single “Friday,” recounts her experience with being cyberbullied at 13 for being her authentic and transparent self.

Black says that being cyberbullied greatly impacted her outlook on life. As a young adult, she is committing herself to creating space for young people to be themselves.

This campaign gives young people of color a safe place to be themselves and feel protected from cyberbullying and life’s microaggressions and stressors.

TikTok stars and sisters Charli and Dixie D’Amelio are becoming more outspoken with their personal experiences with online bullies and internet trolls. They hope that through their experiences, they can let other teens know that they are supported and not alone.

Many people might assume influencers themselves do not experience cyberbullying, but that’s not the case.

It’s brave for these influencers to speak upon such a sensitive issue and make themselves vulnerable to help create change within their communities.

Social media influencers and cyberbullying victims have all come together to raise awareness of the problem of cyberbullying. With this information, we can now see that cyberbullying is just as harmful as traditional bullying.

It’s important to spread positive messages on social media instead of engaging in cyberbullying behavior.

Victims’ stories have demonstrated just how damaging cyberbullying can be, and we must support victims in every way possible by creating a safe environment for everyone on social media.

How Can We Band Together to Stop Cyberbullying?

We must encourage young people to speak up about the harmful behaviors they are experiencing online and let others know when they witness someone being bullied on social media.

We all have the power to prevent the spread of cyberbullying by speaking up.

When using social media, it is essential to be mindful of our messages and our words and their impact on other people.

Social media provides a platform where we can connect and share our ideas and opinions, but we must do so responsibly and not at the expense of other people.

It is also important to remember that not everyone uses their social media channels with good intentions. Make sure you never give out your personal information on the internet and only accept friend requests from people you know.

We can all contribute to a more friendly online environment by creating a positive community of people who want to promote kindness and respect on their social media channels.

Teenagers have enough to worry about, with growing into adulthood and finding their voice in the world.

Cyberbullying can completely dim the light of someone who once used to be happy and vibrant. Let’s band together as a generation and end cyberbullying once and for all.

How You Can Help Stop Cyberbullying

If you know someone is being cyberbullied, don’t be afraid to reach out and offer your support. You can provide emotional support by listening and encouraging victims to speak up about their experiences and seek the help they may need.

If you’re feeling confident enough, try speaking to the person’s parents or an authority figure about the situation so they can take action.We must all work together to create a positive online environment that encourages helpful dialogue instead of harmful behavior.

Some other helpful tips for dealing with cyberbullying include:

We owe it to one another to show support and be aware of what cyberbullying can look like.

How is JustGoViral Helping to Protect Against Cyberbullying?

Companies like JustGoViral are helping with this growing problem by creating campaigns to raise awareness about the dangers of cyberbullying and encourage people to take action against this antisocial behavior.

Interview With Brett Azar, Influencer, Actor, and the guy who is Arnold Schwarzenegger’s naked body on Terminator.

5 Social Media Trends to Look Out for... 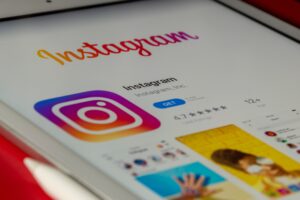 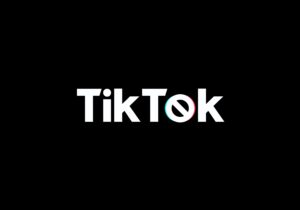 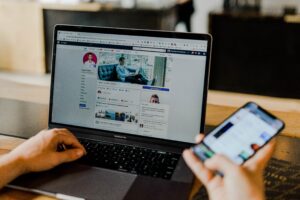 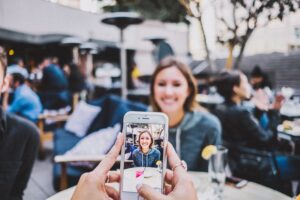